Based on upcoming article by Becca Wilgosh, Alevgul H. Sorman and Iñaki Barcena

The “just transition” is a call for justice and worker protections along the road to a decarbonized future world, that has made its way into renowned international conventions including the 2015 Paris Agreement preamble and the 2020 European Green Deal’s Just Transition Fund. But what kinds of policies does the term refer to? Various actors put forward their own narratives for how to achieve a just transition, and the struggle between them to define these decarbonization pathways will influence how ordinary working people are included and protected in upcoming efforts to stabilize climate change.

Becca’s presentation on 22 February 2021 at the Leibniz Institute for Research on Society and Space (IRS) conference, “Energy Futures – Emerging Pathways in an Uncertain World!”, explored the variation between these Just Transition narratives. Highlighting the trade union and environmental movement origins of the campaign to overcome the so-called ‘jobs vs. environment dilemma’, she delves into five areas within which labour and advocacy groups, governments, and private sector actors offer their distinct visions. She distinguishes between ‘limited’, growth-oriented strategies to drive decarbonization through incentives and include working people via green jobs; vs. ‘expansive’ and transformative visions ranging from expanded public sector ownership and control to decentralized and democratized Regenerative economies. Ultimately, the combination of trade union’s institutional power and environmental movement’s transformative visions offer a promising route for expanding just transition narratives and guiding stronger collective action for a more just and inclusive future without carbon emissions.

The presentation slides are available here, and the full article is anticipated later in 2021. 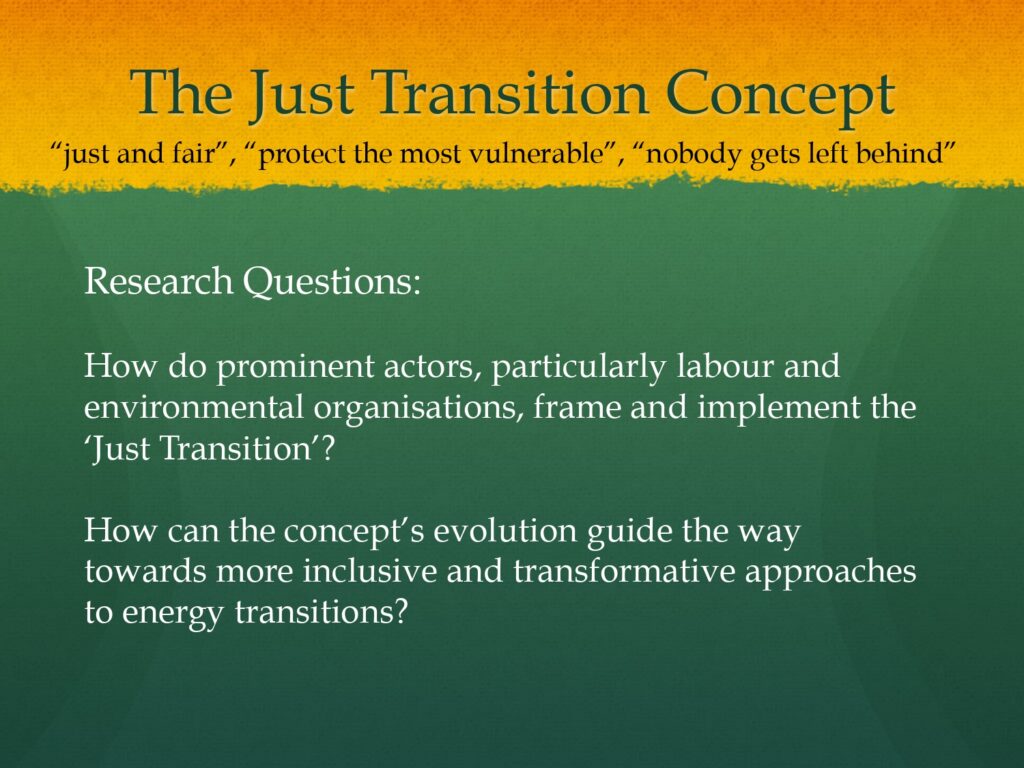 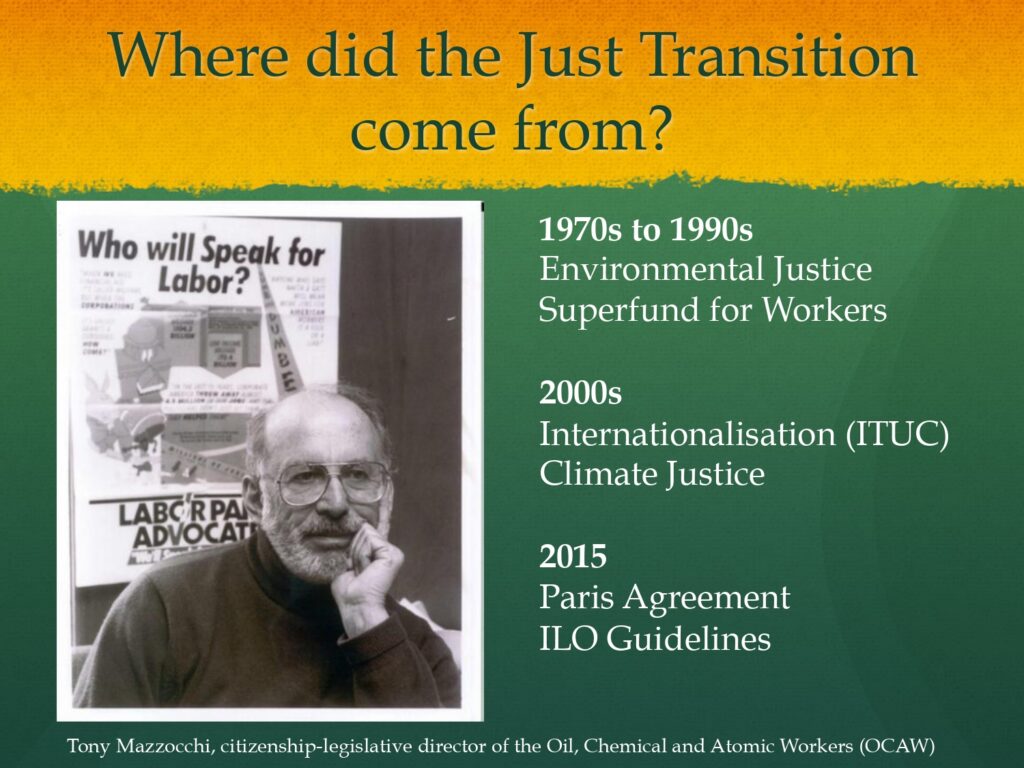 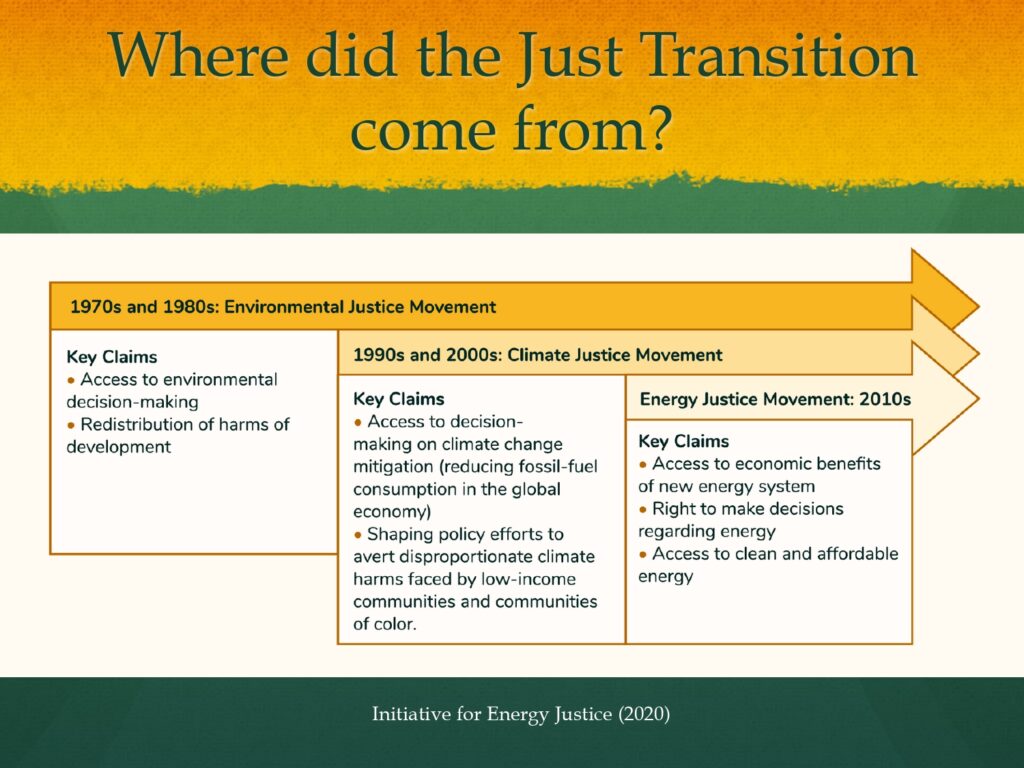 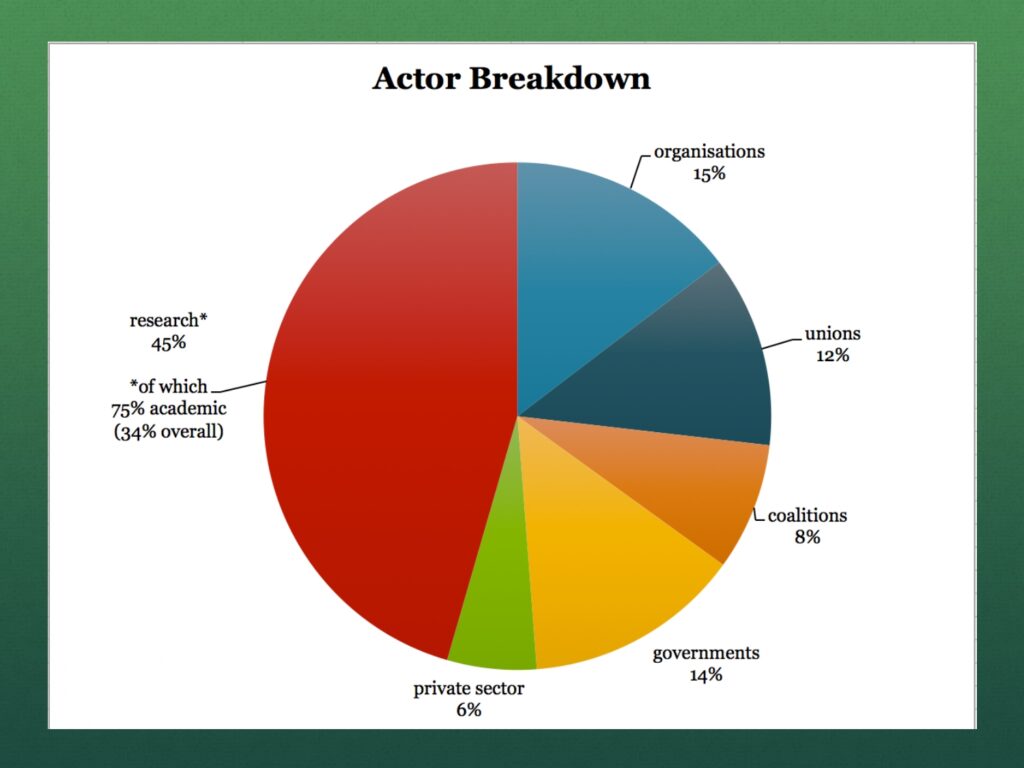 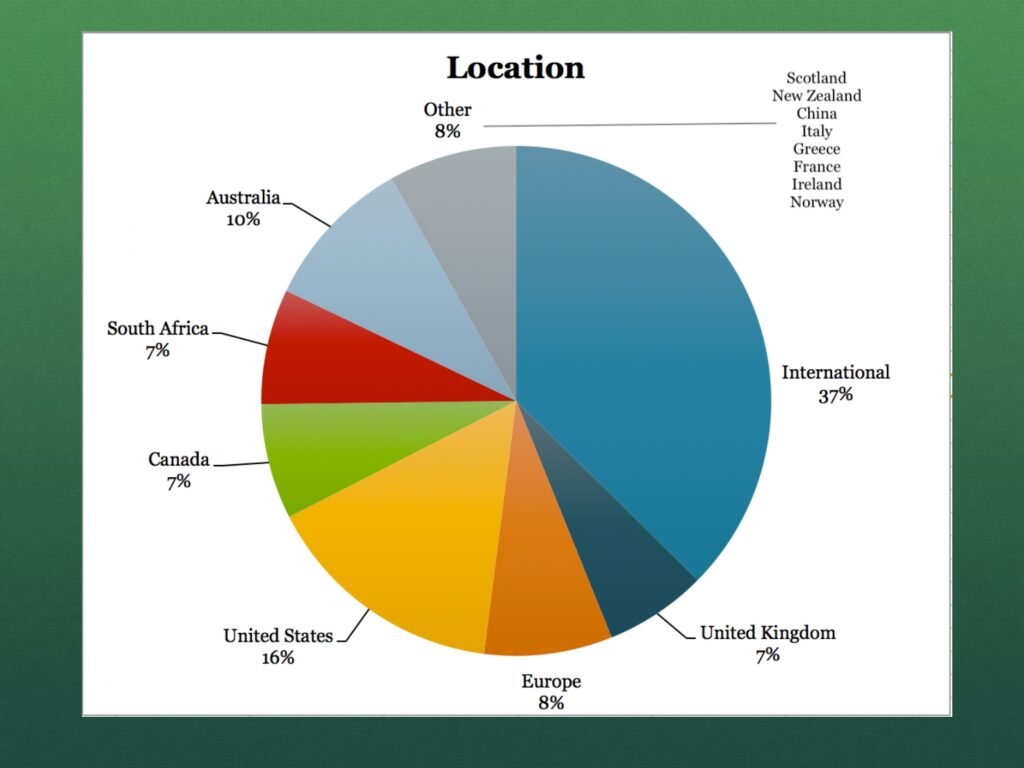 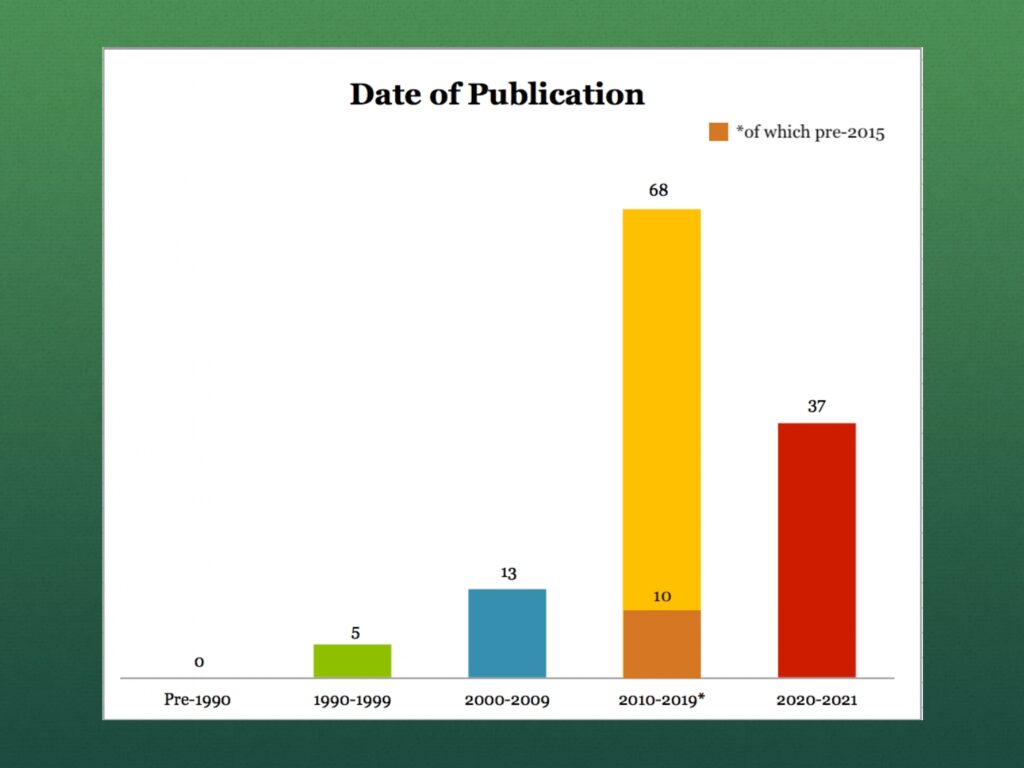 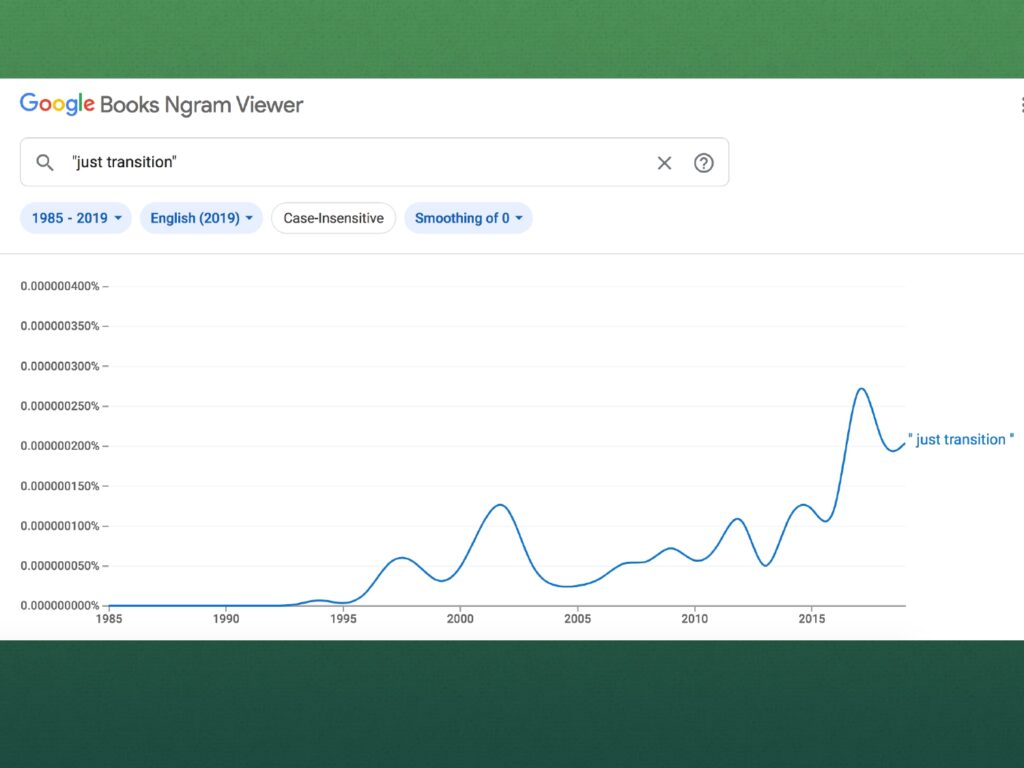 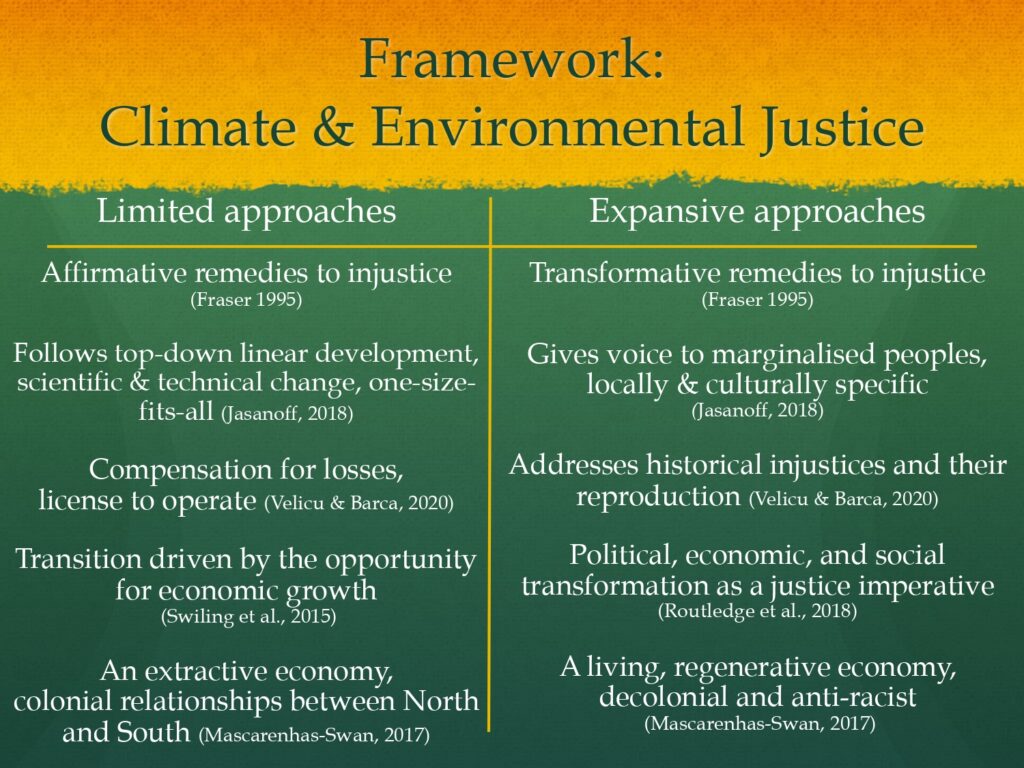 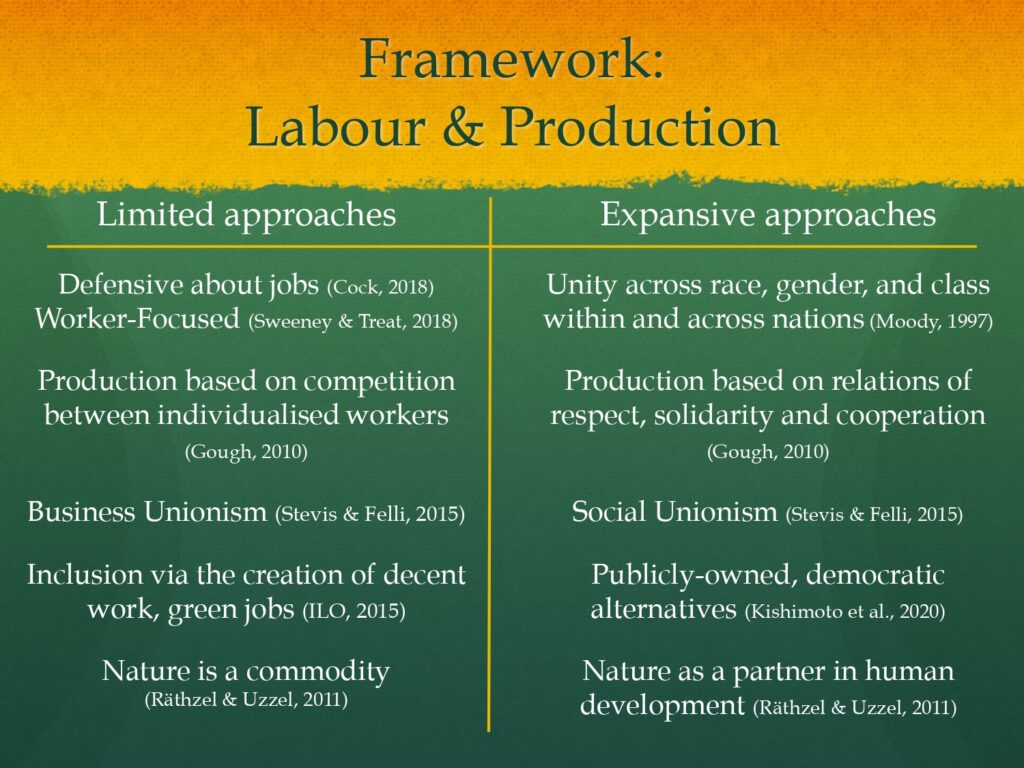 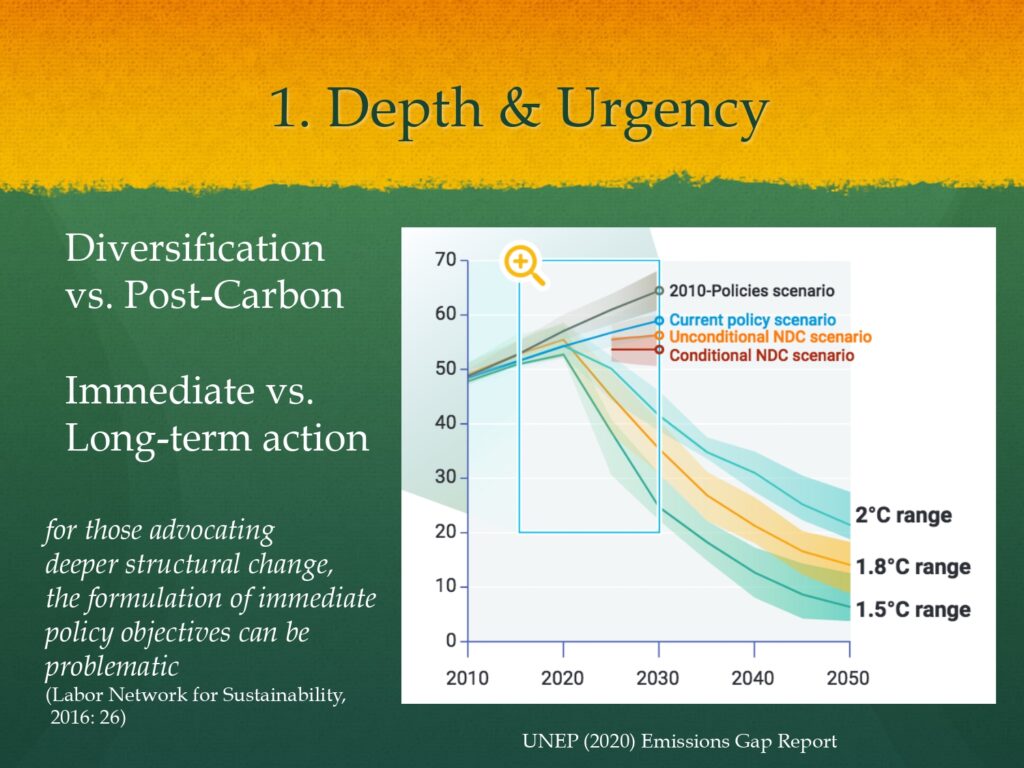 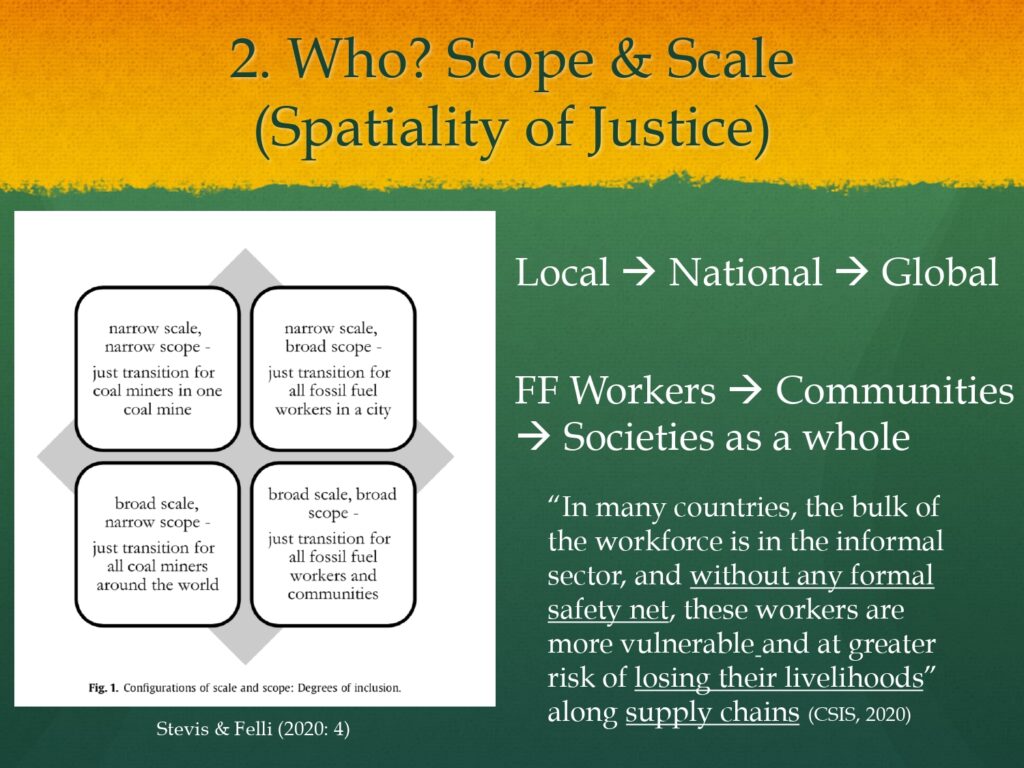 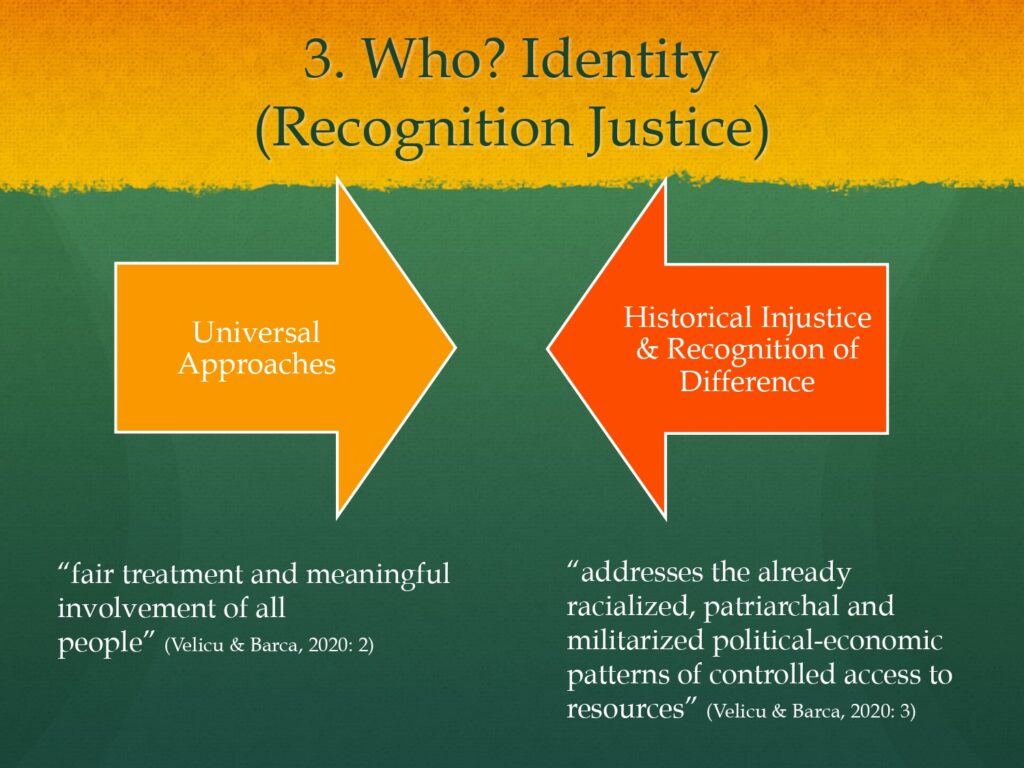 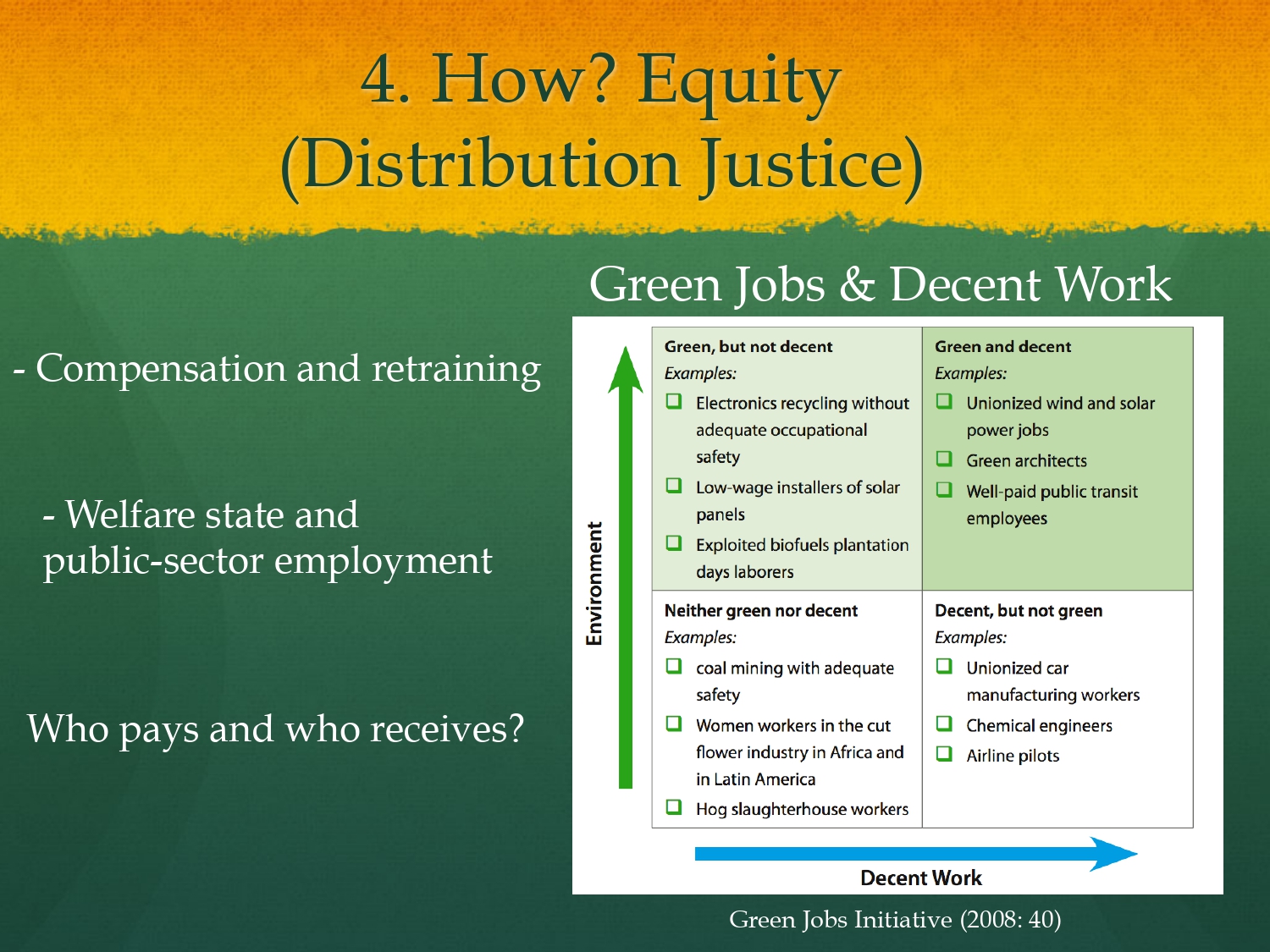 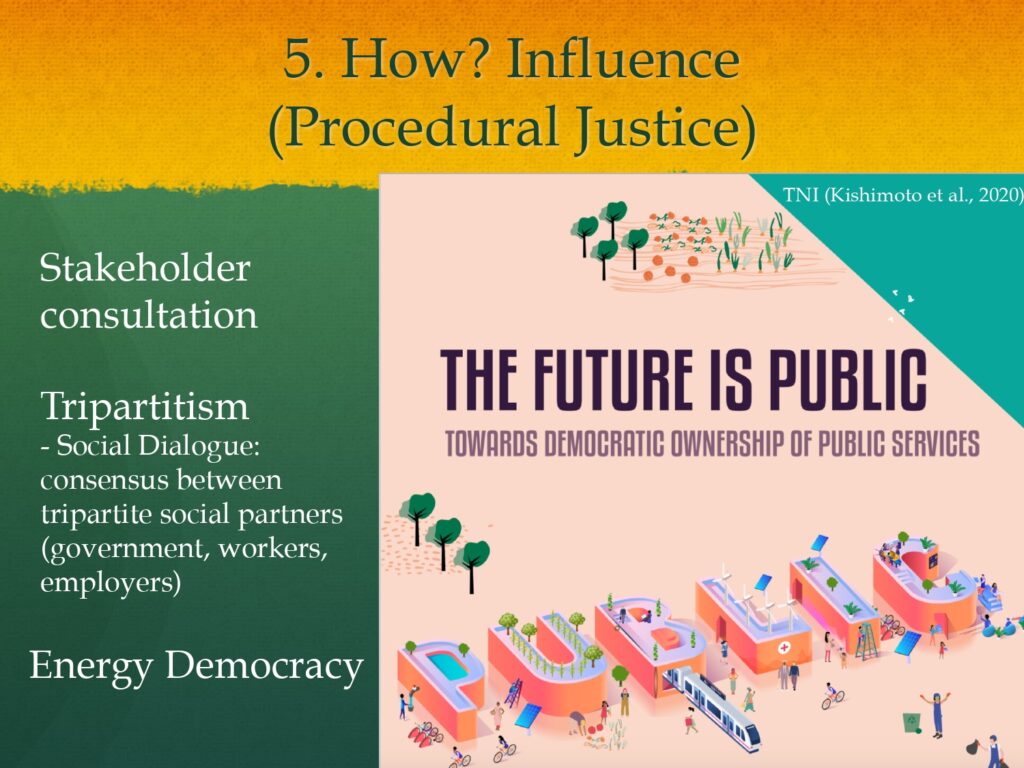 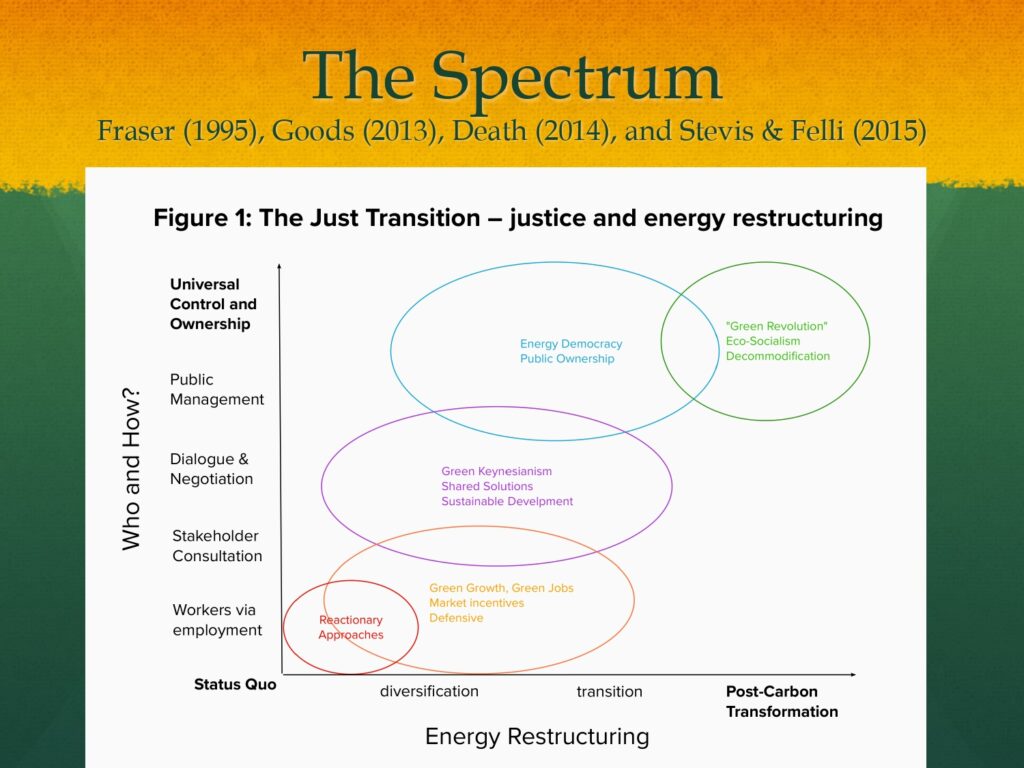 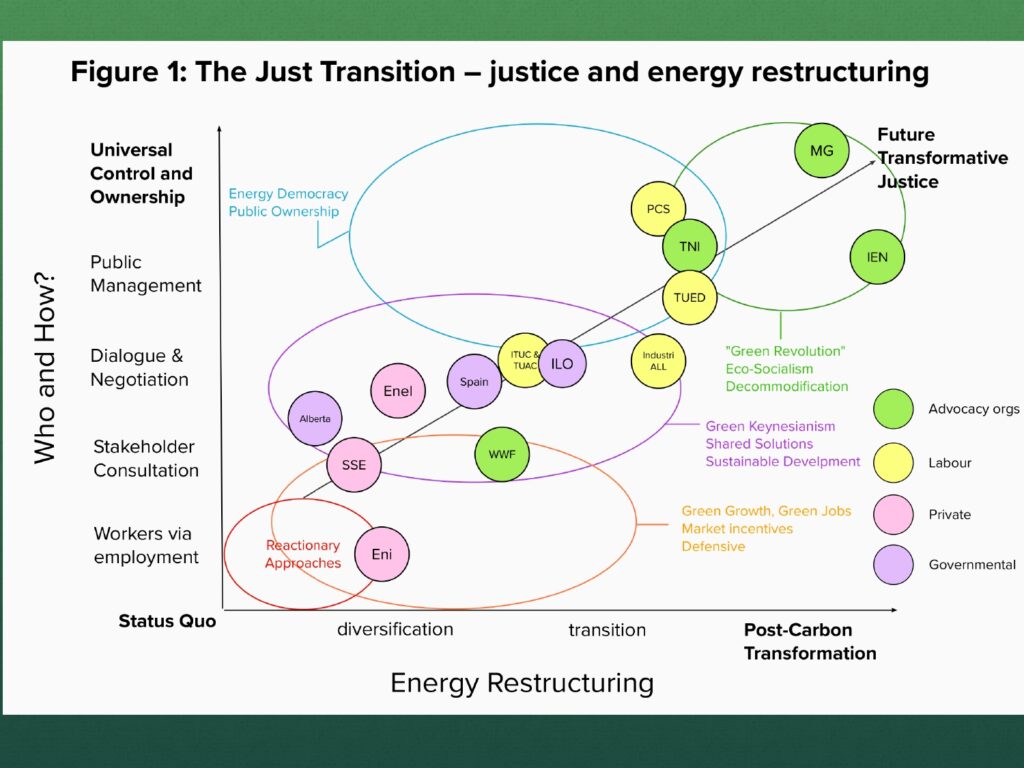