Two members of Ekopol – Alev Sorman and Becca Wilgosh – recently attended the Petrocultures 2022 Conference in Stavanger, Norway. This international bi-annual conference invites artists, activists and scholars, particularly those in the humanities and social sciences, to share their work on our cultural addictions to oil. The event was hosted at the Norwegian Petroleum Museum, which brought us closer to the everyday links that oil has in our lives.

The event had three fascinating keynote speakers: Cyril Obi spoke about petro-elites’ impact in the African Niger-Delta region, Oxana Timofeeva discussed the recent implications of Russian war in Ukraine and the flow of petroleum and other resources between Siberia and Europe, and Cara Daggett talked about petro-masculinities and the domination of hyper-masculine depictions of control over resources, as well as the gendered narratives of how economic growth relates to oil. 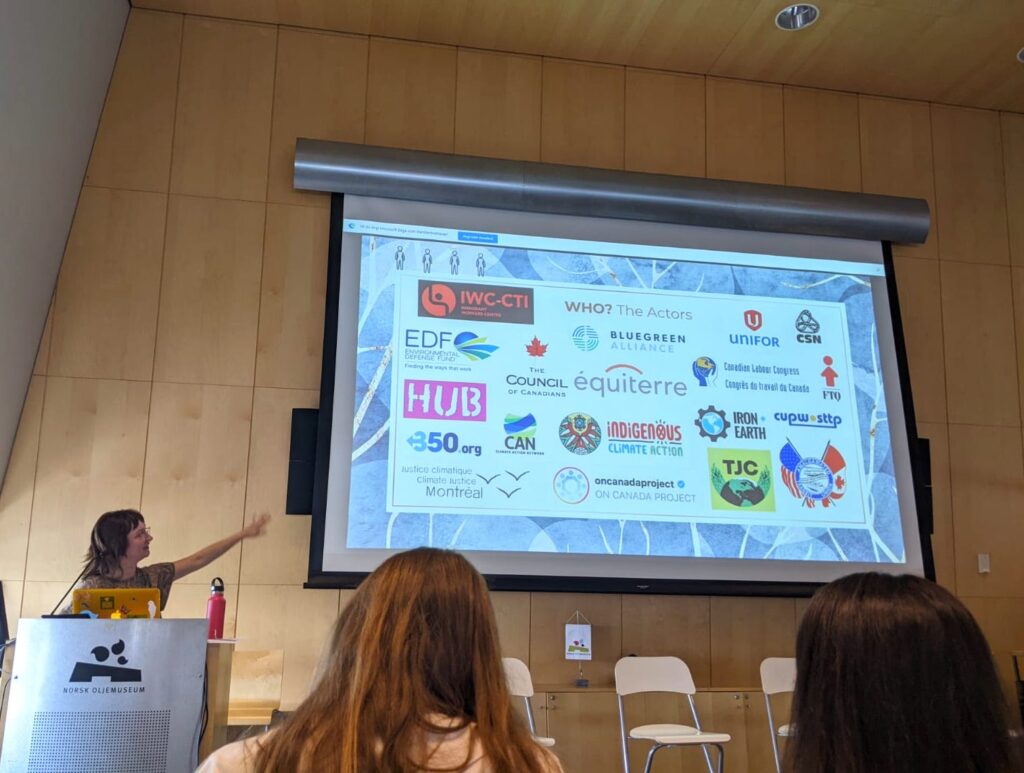 Becca presented in session on Transformations, moving her PhD thesis further following the paper Wilgosh, Sorman and Barcena (2022) with Alev and fellow Ekopol member, Iñaki Barcena. Expanding upon this previous work on labour environmental proposals for a “just transition”, Becca aims to develop a Canadian case study of interactions between activists and organisers to examine how productive and social reproductive spheres of labour overlap with climate action, social justice, and transformative visions for the future.

Alev and colleague Esther Galende-Sanchez from the Basque Centre for Climate Change (BC3) presented in session on Oil Behaviours, with their findings from a deliberative dialogue conducted in Spain on how behavioural and emotional drivers can lock us into petroleum intensive mobility and consumption patterns or move us forward toward climate action. Papers upcoming!

Thank you so much to the Petrocultures group for hosting this event. Petrocultures have been a fertile ground for those working on political ecology, like Ekopol, to present findings in alternative domains.