UPV/EHU on track to cut its environmental and social footprint

UPV/EHU on track to cut its environmental and social footprint 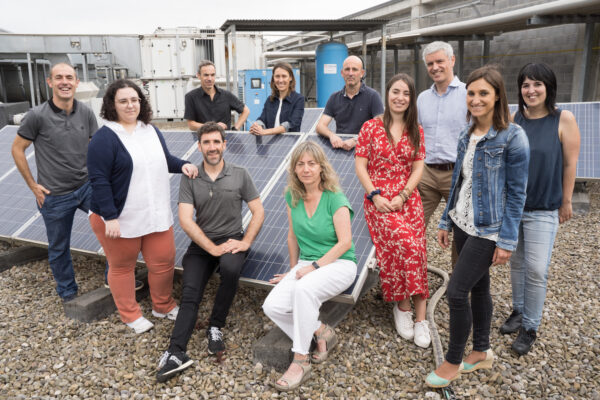 This article comes from the campusa magazine, and it was published on September 2, 2022.

After its environmental and social footprint had been calculated, alternative scenarios were analysed and actions designed to reduce them were proposed.

The environmental and social footprint made by the activity of the UPV/EHU-University of the Basque Country has been calculated from the life cycle perspective by the EHU-Aztarna group. After analysing the university community’s impact exerted by its transport habits, use of energy and materials and waste management, and modelling various scenarios to minimise this impact, a set of actions for improvement has been proposed to achieve a more socially equitable and sustainable UPV/EHU.

From a life-cycle perspective, any economic activity, including academic activity (teaching and research), may have a negative impact not only on its immediate environment, but also throughout its value chain. “In the field of engineering, it is very common to use the life cycle methodology and estimate the environmental impact of a given product, but calculating the environmental impact made by organisations is not common,” explained Iker Etxano, a member of the EHU-Aztarna group. Studies have been conducted to assess the environmental impact exerted by certain institutes of higher education, but the social impact was not taken into consideration.

The EHU-Aztarna group is a multidisciplinary team comprising UPV/EHU teaching and research staff, administration and services staff, and students, and has a twofold objective: to raise awareness in the UPV/EHU’s academic community about its own impact and to propose measures to mitigate this impact, in order to contribute towards making the UPV/EHU more socially equitable and sustainable. This group has been conducting research in this field for the last five years as part of the Campus Bizia Lab programme and is planning a number of works going forward.

In the first phase, they made an exhaustive inventory of four areas –transport, energy, materials and waste– in 30 centres located on the three campuses of the UPV/EHU, which have around 47,000 users comprising students, administration and services staff, and teaching and research staff. “It was an intensive inventory task; for example, we gathered data on the material resources of all the staff (mainly computers) and the transport habits of all users (including students),” explained Gorka Bueno, coordinator of the EHU-Aztarna group.

In the second phase they modelled the impact of all this activity by using a series of databases and software programs. “Through modelling we were able to identify some detrimental aspects in the organisation. For example, each user travels 8,900 km per year, so that about 60% of the environmental impact considered corresponds to transport,” explained the researcher from the Department of Applied Economics Iker Etxano. Regarding the impact resulting from the consumption of material products, the most salient aspect is the life cycle of computers: “We took into account the impact made by all computer components, including their production and transport,” he added. The modelling revealed that most of the environmental impact, in many cases more than half, is located outside the Autonomous Community of the Basque Country.

As for the social footprint generated by the organisation, various aspects have been analysed: regarding the work-related accidents linked to the activity of the UPV/EHU, for example, only a few of them occur at the UPV/EHU itself. However, traces of child labour and illiteracy were detected in the social footprint of the UPV/EHU’s activity. “In order to determine the geographical location of this impact more precisely and to better address the concept of social debt, a deeper analysis would be needed. Some of the environmental and social footprints are not directly generated by the UPV/EHU, but we must pay attention to them and acknowledge co-responsibility in all of them,” admitted Gorka Bueno, PhD in the Department of Electronic Technology.

Based on these modelling tasks, they explored alternative scenarios and recommended a number of improvement actions that could reduce the impact of the university’s activity (sometimes up to 30% of the impact can be reduced). “For example, the impact could be reduced by actions such as shifting a significant proportion of our transport from the car to the bus, or extending the life of our office computers by a further two years. Through modelling, we will be calculating how far the impact can be reduced in these scenarios. This is the next step in our project”, said Etxano. To this end, they are currently working on a multi-criteria analysis of different scenarios.

Throughout this process, the group has published several scientific papers. According to Bueno, “it is essential for institutions to have these kinds of resources at their disposal so that they can assess the impact of their activities in different areas. The dataset used in our study can be used as a reference for calculating the environmental and social footprint of institutes of higher education and similar. Both the methodology and the conclusions drawn could be of use to other organisations.